In 2014 we decided to have a lifestyle change and downsize to a little place in the country.  After searching for a few months we found a little bungalow with more than enough land to indulge Loraine’s love of growing vegetables so we sold up and moved to Doddington.

The plot was very overgrown but, with a lot of help from family and friends, we turned it into a thriving smallholding including chickens and our first ever poly tunnel.  It was during this time that we were given a packet of chilli seeds, and the rest as they say is history!

We now have two poly tunnels where we grown three main varieties of chillies.  Numerous beds which nurture our garlic and onions and a fully fitted commercial kitchen nestling in the corner of the plot.

In early 2017, after running the business for a year alongside her other work commitments, Loraine decided to concentrate her efforts solely on Up the Garden and since then has seen things steadily growing with a dedicated customer base at food fairs and farmers markets and now at various retail outlets throughout Kent. 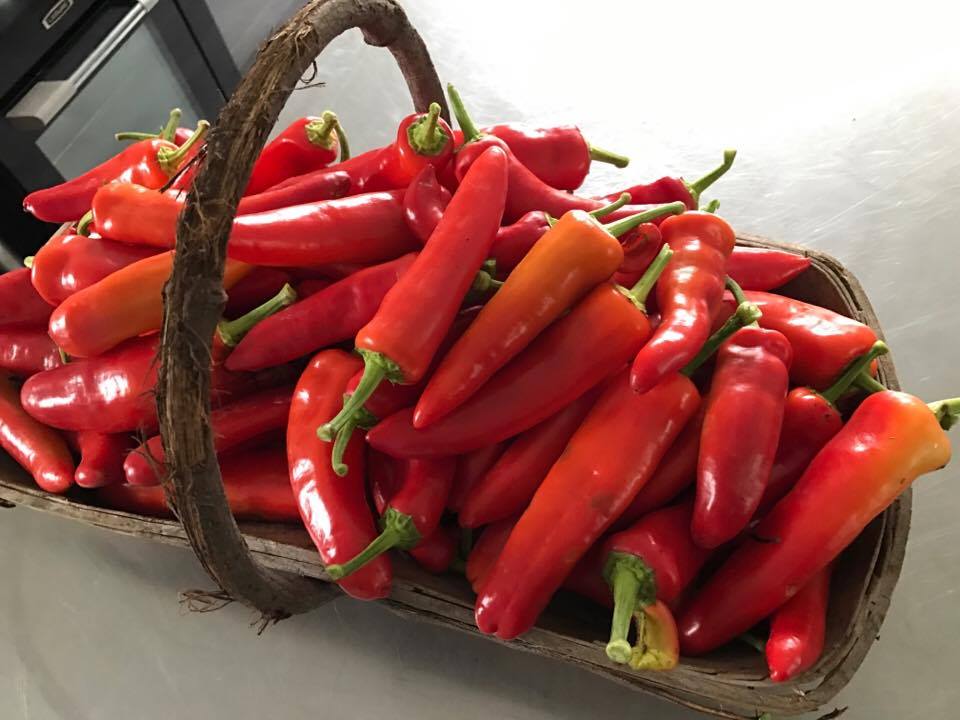